BOSTON - World Wildlife Day falls on the same day as Super Tuesday this year: today, March 3. Of course, this impacts the entire world, but it also has an impact right here at home. World Wildlife Day is a time to celebrate and support the animal populations of the world, many of whom are facing extinction at the moment. Of course, this would be relevant to every city in the world! Fortunately, there is so much that we can do as human beings to help give a voice to the voiceless.

This seems to begin with a movement from the World Wildlife Federation, which launched months ago but takes on extra significance today. In the below Instagram post, WWF once again popularized the hope that people would add their name to the growing list of people who are calling for action to be taken on the New Deal for Nature. 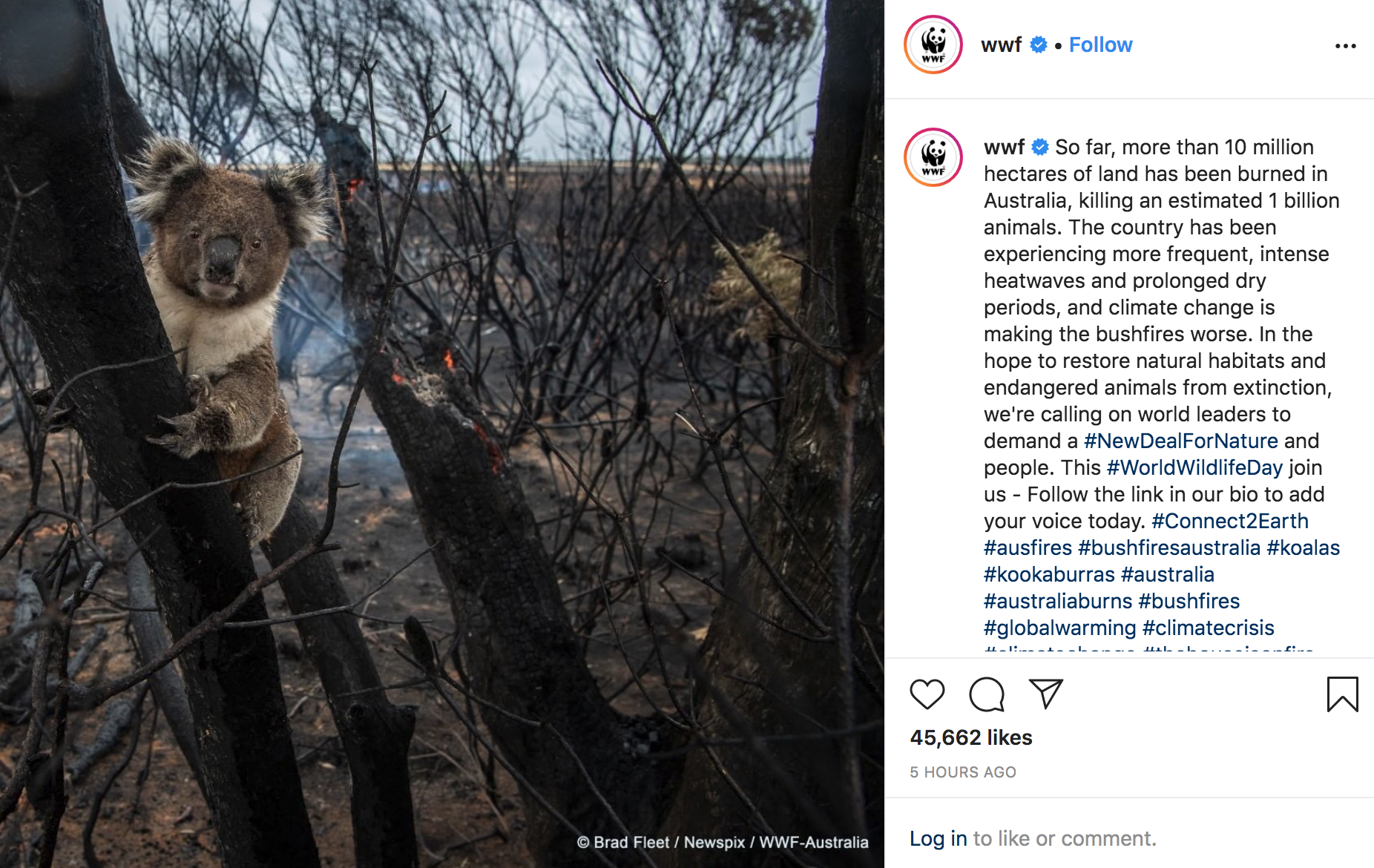 WWF wrote, "More than 10 million hectares of land have been burned in Australia, killing an estimated 1 billion animals...In the hope to restore natural habitats and endangered animals from extinction, we're calling on world leaders to demand a #NewDealForNature and people." They encouraged folks to add their name and join the WWF movement to help protect our planets and you can do so, as well, by clicking here!

The New Deal for Nature is not only operating to protect wildlife from further extinctions, but it is also being constructed to help sustain the growth of food and water for the increasing population of Earth. It is also linked to the protections from the United Nations that are geared towards curbing climate change and moving the industries of the world to clean and renewable resources, as well as sustainable development.

According to IPBES, one-quarter of the groups of animals and plants on this planet are facing the biggest threats they have ever known. In the coming years, more than a million species could be entirely extinct if we don't do something to help them because they cannot help themselves. This New Deal for Nature aims to help them, as well as all of us, and I'm sure that's something we can all get behind on this World Wildlife Day.

FOXBOROUGH - Rob Gronkowski's life has been one that has been defined by how many people would love to live vicariously through him...

Kelly's Roast Beef Plans To Open Several New Locations. the Boston-based roast beef chain has announced they will open six new locations in the Boston area and New England within the next two years...

World Wildlife Day 2020: The New Deal for Nature Protects Our Planet
Share this