FOXBOROUGH - No one has any idea what Tom Brady wants to do in his current free agency. Will he come back to the New England Patriots? Will he sign elsewhere? The answers remain elusive. However, that does not mean Brady is simply sitting at home doing nothing. He is still actively furthering his career, even if it is outside the realm of football.

It was announced by Deadline's Mike Fleming, Jr. yesterday that Brady launched a new production company, named 199 Productions, alongside directors Joe and Anthony Russo. The news was confirmed via an Instagram post by Brady yesterday. The Russos later posted about the news, as well. 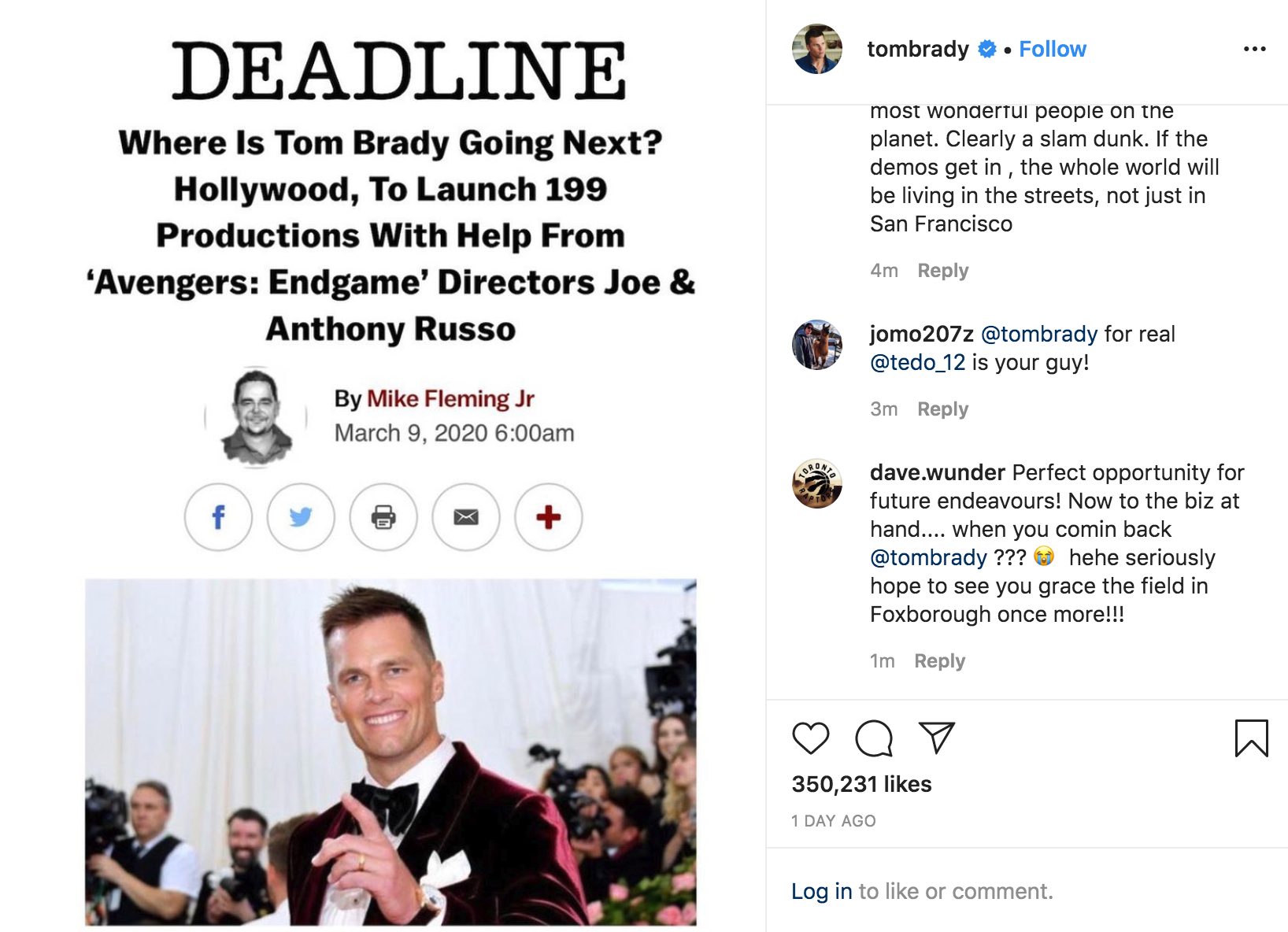 199 Productions is slated to be an organization that will produce all sorts of content, including films (with a greater focus on documentaries) and television shows. The name for the production company stems from the fact that Brady was the 199th pick in the NFL Draft when he was selected by the Patriots. Of course, he'd go on to become the greatest quarterback of all-time. Maybe one day he will make a case for himself as the greatest producer of all-time, too!

The first venture from 199 Productions will be Unseen Football, a 3D documentary, guided by Brady, that is slated to take viewers into the world of football and the ins and outs of what it means to play in the NFL. The project is directed by Gotham Chopra, who directed Brady's Tom v. Time series. Clearly, this is a niche Brady has wanted to occupy for some time.

Joe and Anthony Russo definitely have a bit more experience in the film industry than Brady does, but their partnership makes sense as a mutually beneficial one. Anyone who has followed both on Instagram for a while knows that Brady has a great deal of respect for the Russos' work, as well. They are best known for their work with Marvel Studios, which saw them direct Captain America: The Winter Soldier, Captain America: Civil War, and Avengers: Infinity War. Their most recent effort, Avengers: Endgame, became the highest-grossing movie of all-time. The Russos also worked on television comedies like Arrested Development and Community.

BOSTON - There is a slew of surveys that have been conducted in recent months that have determined that Boston ranks among the top cities in the world for certain restaurants, hotels, vacation getaways, and more...

Gov. Charlie Baker Declares State Of Emergency Due To Coronavirus. The governor has declared a state of emergency after the number of coronavirus cases doubled to 92 infected. [WCVB] The Super Worm Moon Excites Many Across The State Monday Night...