BOSTON - There are plenty of tourist attractions throughout Massachusetts for people who are looking to dazzle themselves with myriad light displays that help celebrate the holidays. From Christmas tree lightings in Boston to icy light displays throughout the rest of New England, the holidays are a strong part of Massachusetts culture during December, especially with the frigid weather and the cold, heavy snow. We have to give ourselves something to look forward to and feel joy from, after all.

Boston's Christopher Columbus Park is an example of a light display that was not previously described in our article about Christmas tree lightings. There is a gorgeously romantic trellis to walk under and feel every beautiful aesthetic of the holiday season. There is also a pretty iconic and famous location that I remember from my childhood. At Forest Park in Springfield, there is Bright Nights, which has lights synchronized to a radio station. The entire road careens through a set of holiday displays, evoking Jurassic Park, Dr. Seuss, traditional Christmas, and more.

There are also plenty of individual people who go all out on Christmas, decking their houses in lights, inflatables, and more Christmas decor. In Danvers on Arthur Street, a pair of neighbors deck out their abode with lights, figurines, and more. Hermie the Elf from the Rudolph Christmas special can be seen on a window. Donations at the home are also accepted for the Boston Children's Hospital so it's also for a good cause!

Additionally, one display that has picked up steam in recent years is one that is found in the small community of Leicester, Massachusetts, just outside of Worcester. The display welcomes guests from across the region to Waite Street where the yard is filled with massive holiday displays, including a maze and a Santa Claus meet and greet. It has been popularized on Facebook by Scott and Denise Weikel. 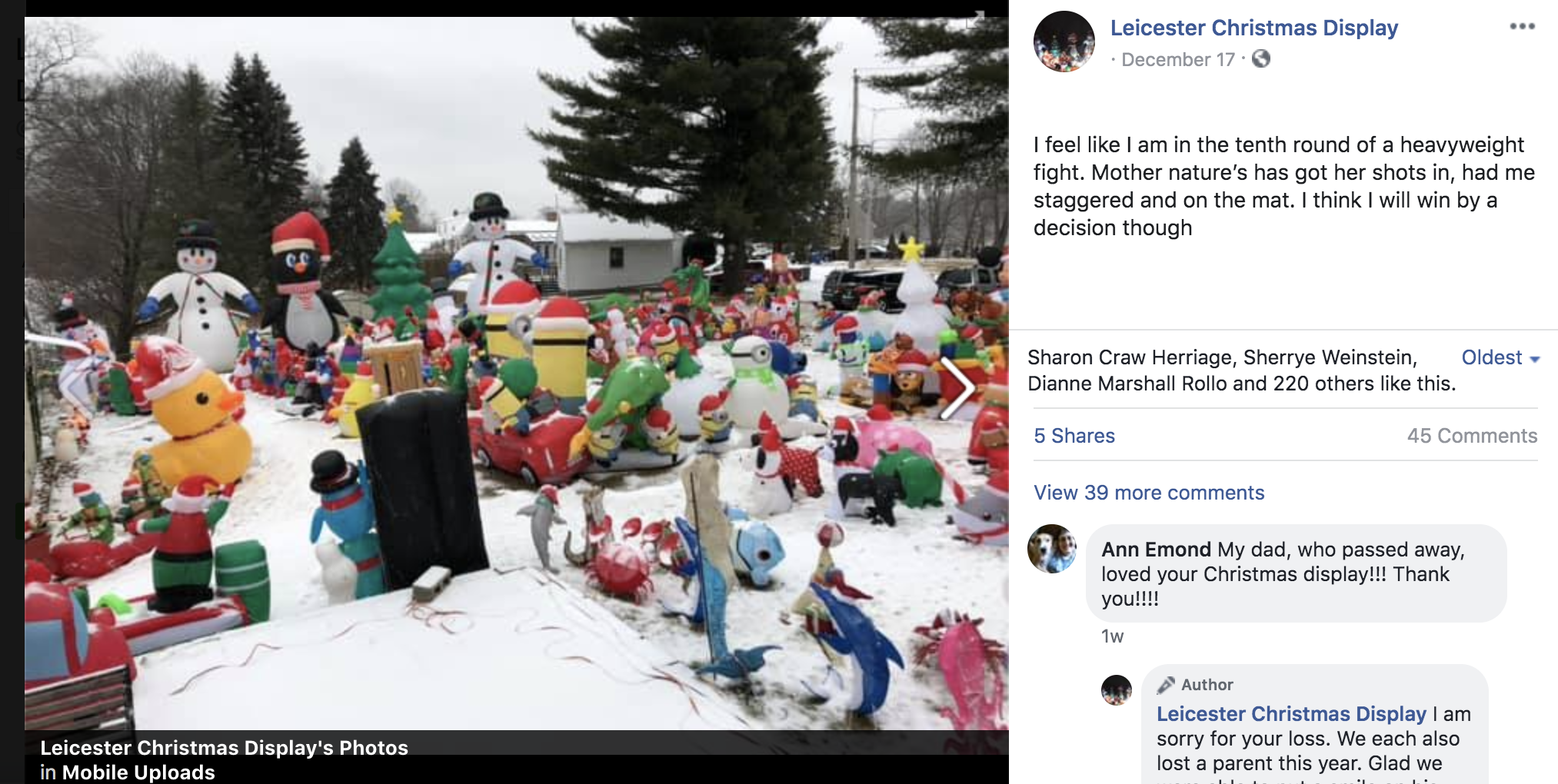 There is still time to see all of these light displays, too, even though Christmas officially happened yesterday. The holiday may be over, but the Christmas season can usually run through a couple extra days in January. Take the Bright Nights celebration for example. It'll still be running through to New Year's Day. If you have not had the proper fill of the Christmas season yet, there's still time! I hope everyone had a happy holiday run the past couple of days.

The Best Holiday Light Displays in Massachusetts
Share this