BOSTON - First of all, I would like to remark that I hope everyone had an amazing Thanksgiving holiday last week! We are officially in the throes of the holiday season, which is my personal favorite time of year. But I know there are many who think Thanksgiving is overrated. In my mind, it is an excellent precursor and appetizer to the holidays of December. Besides, what is so bad about a holiday where the goal is to eat a ton of food?

Whether you were chowing down on some turkey with your family, watching the Dallas Cowboys lose to the Buffalo Bills, or laughing at Al Roker bobbing and weaving through the Macy’s Thanksgiving Day Parade, I hope your Thanksgiving was filled with warmth and brightness.

This seemed to be the mission of one man in Boston who brought out such an act of kindness that even the people in charge of points for the Good Place in The Good Place would have been enthralled. Thanks to an image shared on the Boston subreddit by u/Avocado02115, we all get to share in the heartwarming moment. The user captured an image from afar that quickly went viral throughout the Boston community. 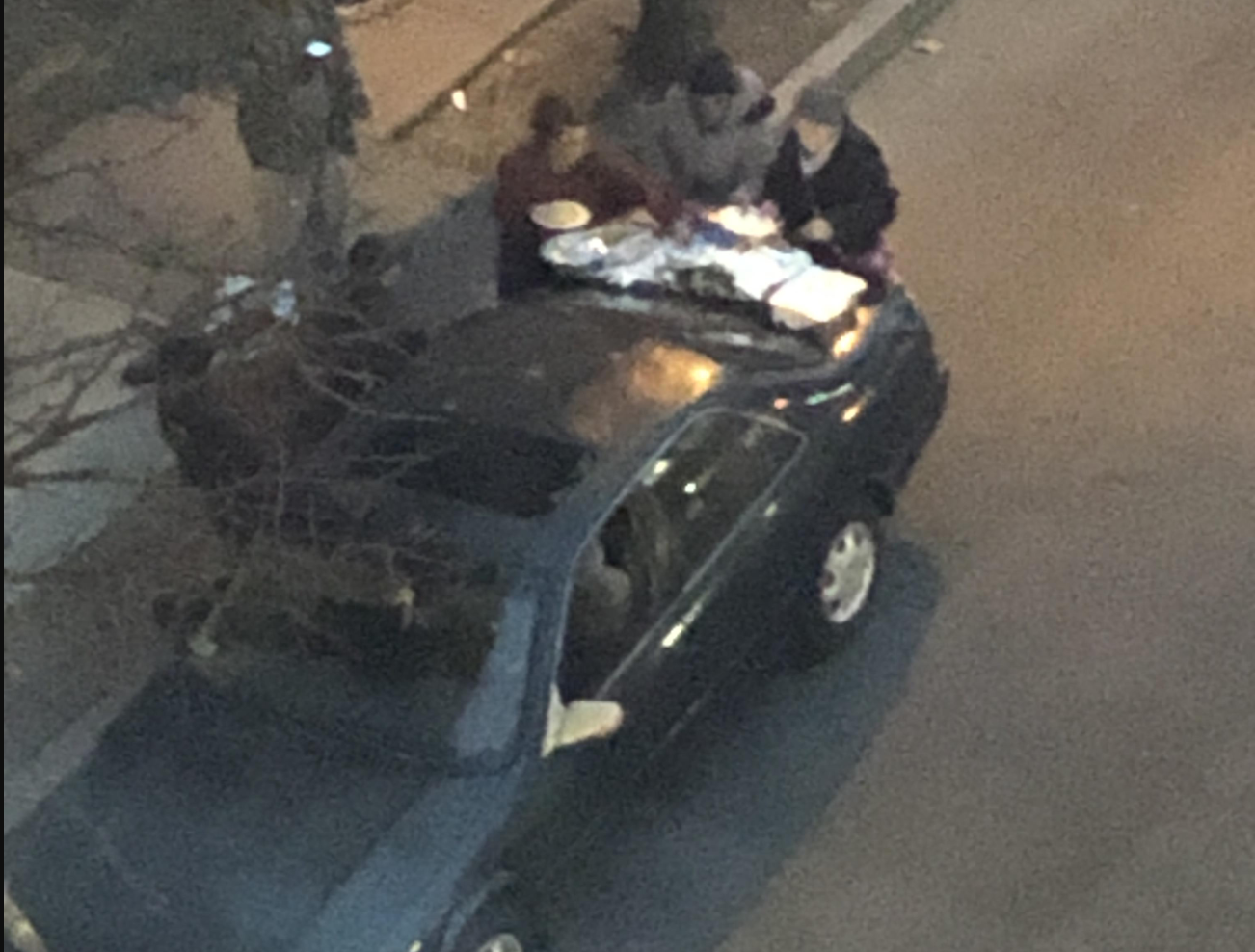 The image shows someone who cooked an entire Thanksgiving meal last Thursday and took to the corner of Massachusetts Avenue and Melnea Cass Boulevard in Boston, right near Dudley Square. He wanted to share the good vibes and some delicious eats with the community and that is honestly what the spirit of Thanksgiving should be all about!

Thanks to a few more Reddit users, u/president_dump and u/que_bella, we were able to gain even more information about this mystery man.

The former user named him as Bill and the latter explained that Bill lives in the south of Boston, where there are numerous spots to drop off goods and items that can help people in need. Bill is the man who goes through these spots and determines what can be sorted and brought to homeless people in need of some of the items donated. He is well-connected to Boston’s homeless population and they count each other as mutual friends. He also brings them hot food, according to this user, and Thanksgiving was emblematic of his kindness.

This is the kind of story we need right now!

BOSTON - You might remember hearing the news a few weeks ago that Boston Dynamics had developed an impressive and completely functional robotic dog...