WEST HARTFORD - When The Office was created in 2005 for American television, New England had a lot to be proud of. Particularly when it came to the writing staff of B.J. Novak and Mindy Kaling, both from the Boston area, and Michael Schur, once a West Hartford, Connecticut resident who went on to attend Harvard University.

Since then, Schur, a devout New England sports fan, has created shows like Parks and Recreation and The Good Place. Many episodes contain little jokes about Schur's Boston loyalties. For example, the pilot of The Good Place posits that rooting for the New York Yankees nets people negative points for the Bad Place.

As one of New England's finest, Schur has been someone I've rooted for since I came to know him as "one of us." From his blog, Fire Joe Morgan, to his podcast with Joe Posnanski, The Poscast, Schur has become a part of my everyday life. As such, I took a strong liking to The Good Place when it debuted back in 2016.

Just last week The Good Place aired its series finale and I feel that enough time has passed to give my thoughts, which contain spoilers ahead. If you haven't watched the series end, beware! 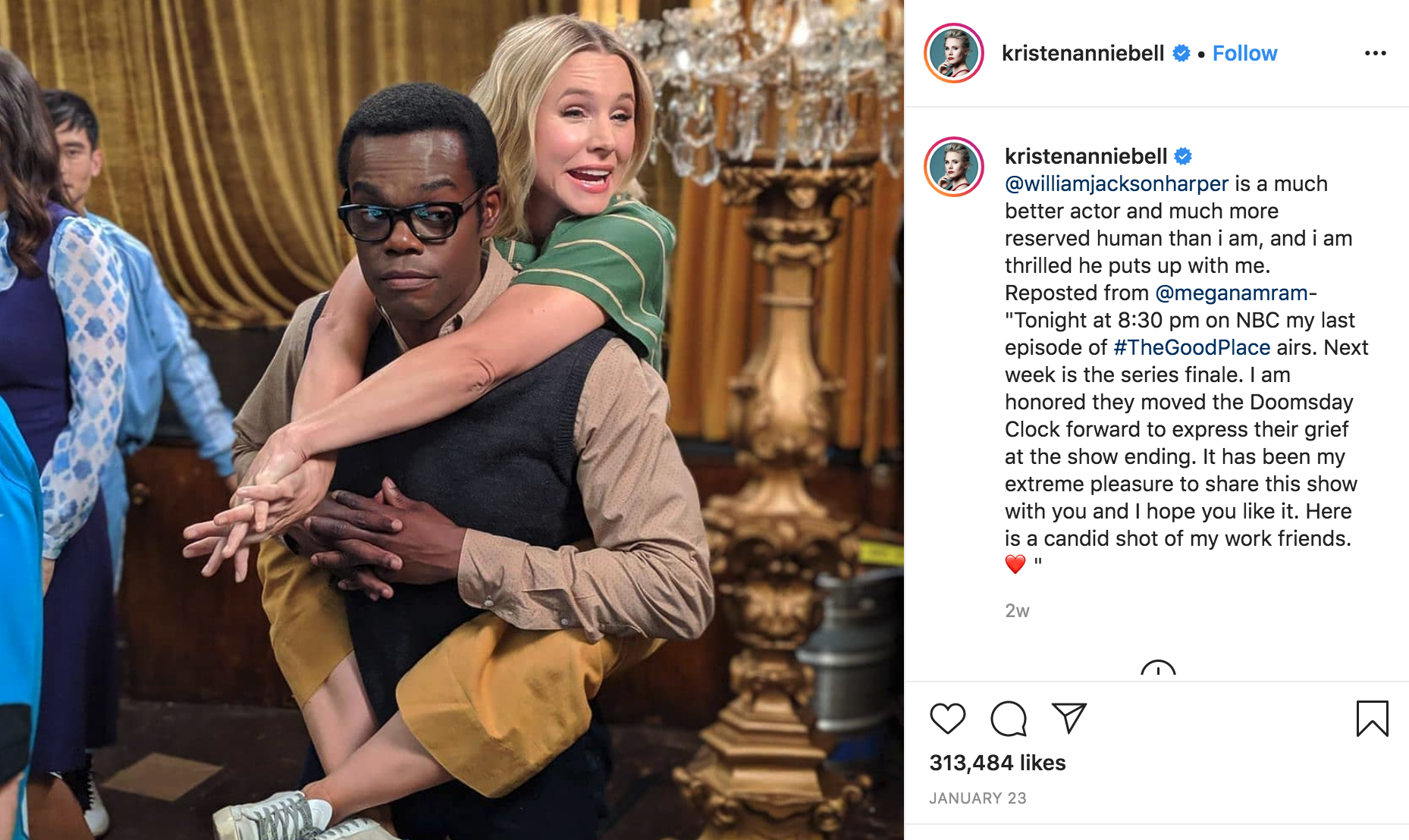 I thought it was one of the best finales I've ever seen for a television show and it vaulted the show potentially into my top ten ever for TV. The episode centers around the main characters, Eleanor (Kristen Bell), Michael (Ted Danson), Janet (D'Arcy Carden), Chidi (William Jackson Harper), Tahani (Jameela Jamil), and Jason (Manny Jacinto), finally in the real good place and preparing to complete their existences in the universe by stepping through a door that will end their time in the afterlife. First, they have to feel complete.

We steadily watch these characters grow satisfied with their time in the afterlife. But while characters like Tahani, Michael, and Janet end up forging different destinies, it is devastating to watch the end of Eleanor, Chidi, and Jason. The former three have very suitable endings for their characters, with Michael's transition from demon to human being serving as the heart of the episode. But the idea of finally being at peace for the latter three helps the viewer achieve peace, too.

Jason is shown to become a monk, in some respects, and even though he is the dumbest, his attitude towards oblivion might have been the wisest of all. Chidi, plagued by the emotional desire to stay with Eleanor, eventually turns his sights to the door and sheds his indecisive nature once and for all. And Eleanor becomes someone solely driven to help people, so unrecognizable from her selfish characterization in the pilot. It's quite a gorgeous and stunning end for all of them.

The best scene, however, comes just before Chidi departs and just after his globe-trotting adventure in Paris and Athens. He sits with Eleanor, looking over a beautiful view, and invokes the Buddhist philosophy of a wave returning to the ocean once it crashes. The idea of a wave being a cool way for water to be for a little while is still sticking with me. Like the idea of being a better person who puts good into the universe, it may never leave my mind.

Schur created something undeniably beautiful and put it into the world. I believe it will become his longest-lasting, most heartful and thoughtful legacy.

BOSTON - Currently, Boston’s Museum of Fine Arts is in the middle of celebrating its 150th anniversary and they have been pulling out all the stops to commemorate the remarkable occasion...

BOSTON - The Patriots and the Red Sox are currently in full-on chaos mode, so I thought we all might welcome a bit of a reprieve from the endless barrage of upsetting news from those two clubs...