BOSTON - It is a pretty weird time to be a sportswriter what with all of the national sports teams suspending their seasons. The NFL season has been over for a month, Opening Day for the MLB was just delayed at least two weeks, and the NBA and NHL seasons have come to an abrupt halt in the past week.

There’s nothing happening right now, aside from the sixteen millionth report about Tom Brady’s free agency. The Tampa Bay Buccaneers are pursuing him? Good to know. If I owned an NFL team, I, too, would want Brady on my team.

But with the coronavirus taking over everything right now, including the suspension of seasons for the Boston Celtics and the Boston Bruins, it’s all anyone can talk about. And for good reason, too. They were having stellar seasons and now, we don’t even know if these seasons will ever actually get finished. It’s truly uncharted territory for the sports world. There are more question marks here than even a lockout would bring!

Because coronavirus in the sports world began when Rudy Gobert of the Utah Jazz tested positive for it, any team that came in contact with the Jazz as of late was immediately in headlines. Of course, with the scope of the league, a web can be drawn to every team right now, but the teams that played the Jazz were the ones receiving immediate attention. As a result, the Celtics, who played Utah on March 6, we're told to self-quarantine.

Part of the Celtics’ statement on the news included the following: “Specific to the news about the Utah players, the DPH has advised us that based on those players’ health statuses during this period, it is unlikely that anyone from the team came into contact with them while they were contagious.”

That is definitely good news, but it is also crucial that they exercise caution. The NCAA is following suit by canceling March Madness tournaments across the board.

As for the Bruins, it remains unclear if the regular season will be finished. However, the NHL did ask for teams to extend the availability of their home arenas all the way through to the end of July. Announcements from the team were shared on Instagram. 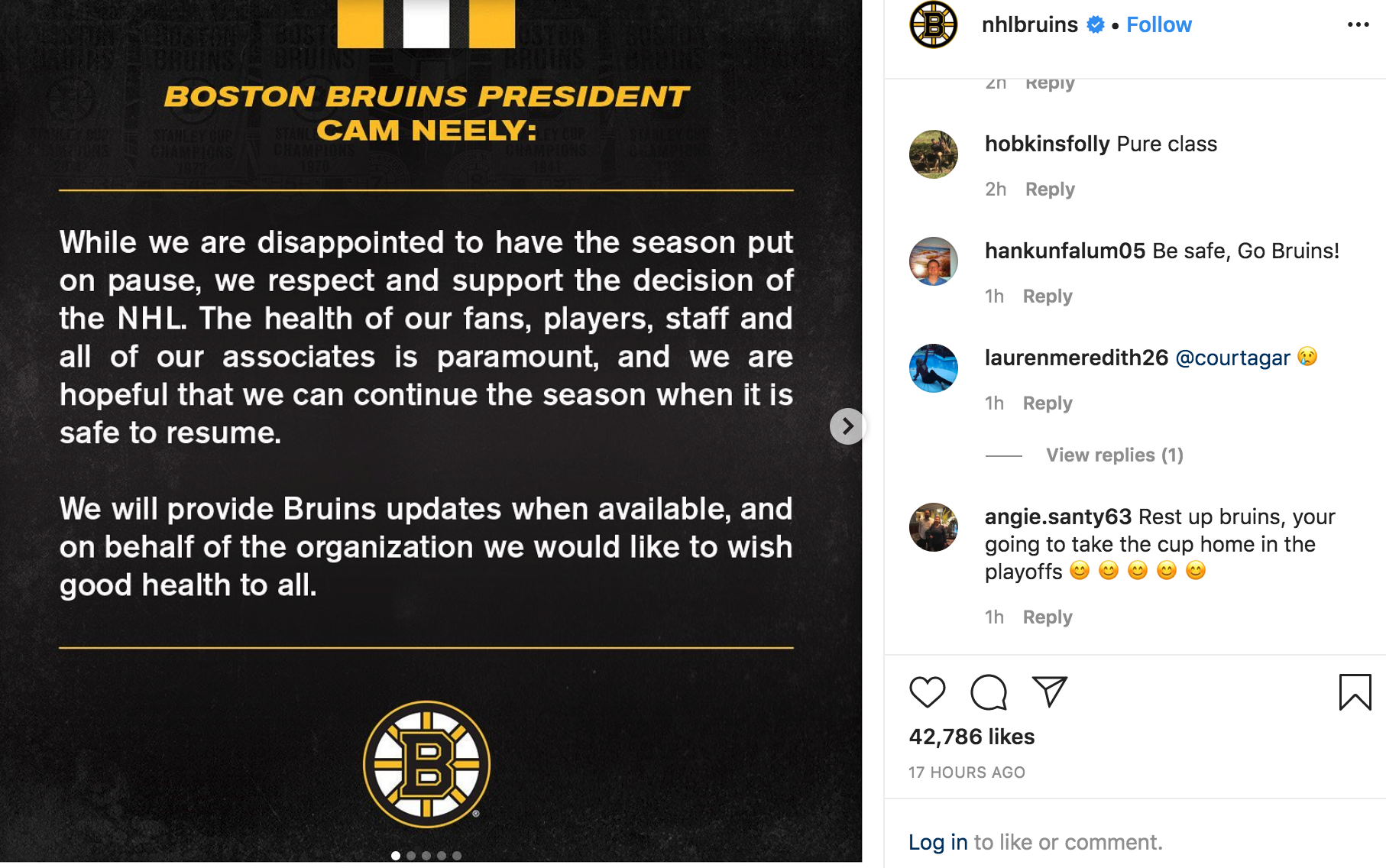 Lastly, there is the matter of the Boston Marathon. It was announced today that the race would be postponed until September 14, as shared by NBC Boston.

PITTSFIELD - After declaring a state of emergency due to the coronavirus on Tuesday, Governor Charlie Baker held a press conference in Pittsfield, Massachusetts on Thursday where he made a plea to the federal government to provide more tests to th...

BOSTON - When No Time to Die, the final film in the Daniel-Craig era of the 007 film series, was delayed from an April release to a November release last week, I thought it was a bit of a premature decision...

Reactions from Boston Sports Teams to Coronavirus Response
Share this