BOSTON - After ups and downs and bouts of confusion, the trade that sent Mookie Betts and David Price to the Los Angeles Dodgers was made official over the weekend, as shared by ESPN.

I wrote about this yesterday, but now that it's starting to sink in, I wanted to write about some memories of Betts and Price. The facts have been dealt with. But what are Boston Red Sox fans going to miss about these two players?

First of all, they will always be World Series champions. Perhaps the Dodgers will go on a crazy tear and win the title this year. Maybe, Price will find a role elsewhere or maybe Betts will sign with a competitive team in the off-season. Maybe they'll win championships in a number of different jerseys. But no matter what, Betts and Price will always have 2018 World Series Champions with the Red Sox on their resumes. I'm glad it happened. Truly! How could I not be? Price, who had everything to prove in Boston and came through when it mattered most, and Betts, a home-grown talent who became one of the best in the league, were both instrumental in that magical 2018 season. Everything that went into propping them up and the large sums of money that was paid to keep them in Boston was worth it because they won the title. That's the goal. Always.

Price could have been the MVP of that World Series, but his best post-season moment came in the ALCS. On just three days of rest, Price pitched the final game of that series against the Houston Astros. The Sox won 4-1 and clinched a trip to the Fall Classic. It was all because of Price. There are so many examples in baseball history of players who earned massive contracts faltering and never living up to the expectations. (With Pablo Sandoval and Carl Crawford, Boston has their fair share of this.) But Price never gave up and the fans never gave up on him. The clinching pitching performance was so rewarding for that reason. 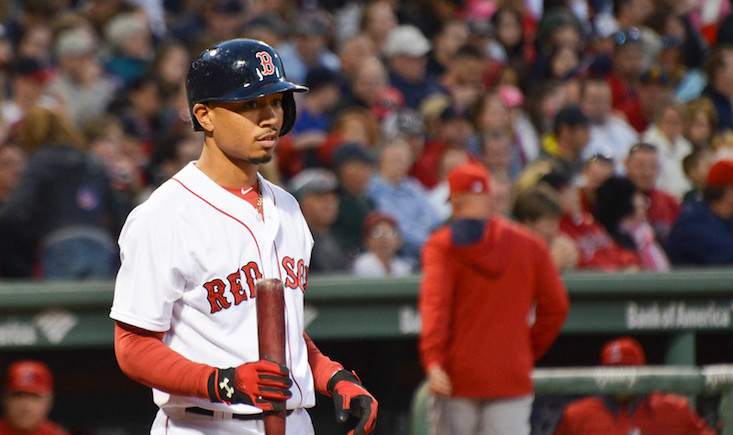 And then there is Mookie, the 2018 MVP. The amazing player who seemed primed to go down as one of the greatest Sox to ever do it. There are so many moments I could pinpoint, but there is one article in particular that I can use. I wrote this a year and a half ago for Up to Boston and it remains one of my favorite articles of all-time. In a July game against the Blue Jays, Betts held down the fort in a thirteen pitch at-bat that eventually resulted in a grand slam and a "Yay!" from Dennis Eckersley. They might as well have given the 2018 World Series trophy to the Sox right then and there. It's still the best at-bat I've ever seen. I'm getting emotional just remembering it. What a special player. God, how I wish he could be a Boston athlete for life.

May the Dodgers treat these players well.

NEW YORK - Today is the New Hampshire Primary, one of the most important stops on the road to the 2020 presidential election! And while the politics are best left to someone else to cover (will things go more smoothly than they did at the Iowa Cau...

SPONSORED - Moving is such a huge part of life in Boston that there is quite nearly a holiday dedicated to it. 'Moving Day' comes on September 1 for a single, obvious reason...

Memories of Mookie Betts and David Price: A Farewell
Share this