BOSTON - We are currently in the midst of the MBTA and its overhaul central. The catastrophes that have plagued the MBTA in recent years have ranged from endless delays to total derailments that rack up a ton of damage. As a result, MBTA officials and major figures in the Massachusetts government have vowed to "fix" the MBTA, if such a thing can be possible.

When will it be fixed? When will people stop being penalized for simply trying to use public transportation? Who is to say? The MBTA exists outside of normal preconceptions of time and space. It might be fixed next Wednesday! It might never be fixed! We do not know what the MBTA will hold for us in the future. All we can do is buckle up.

Or, we can get real weird with it. If the MBTA is not going to work for us, then we have to adapt to it. And thanks to a couple of thought-provoking queries and eagle-eyed photographers on the Boston subreddit, the MBTA has been showing its true colors (think crazy and cacophonous, like a peacock!) and the travelers have become accustomed to it expediently!

One Reddit user, u/diamondmines2, shared an image of someone who anticipated that there would be few places, if any, to sit on the T last night. Exercising his most "galaxy brain" thought processes, the man brought his own chair. But this was no pocket chair or easily transported chair. This was a straight-up wooden chair for comfort. It's this man's public transportation system and we're all just riding along with it. 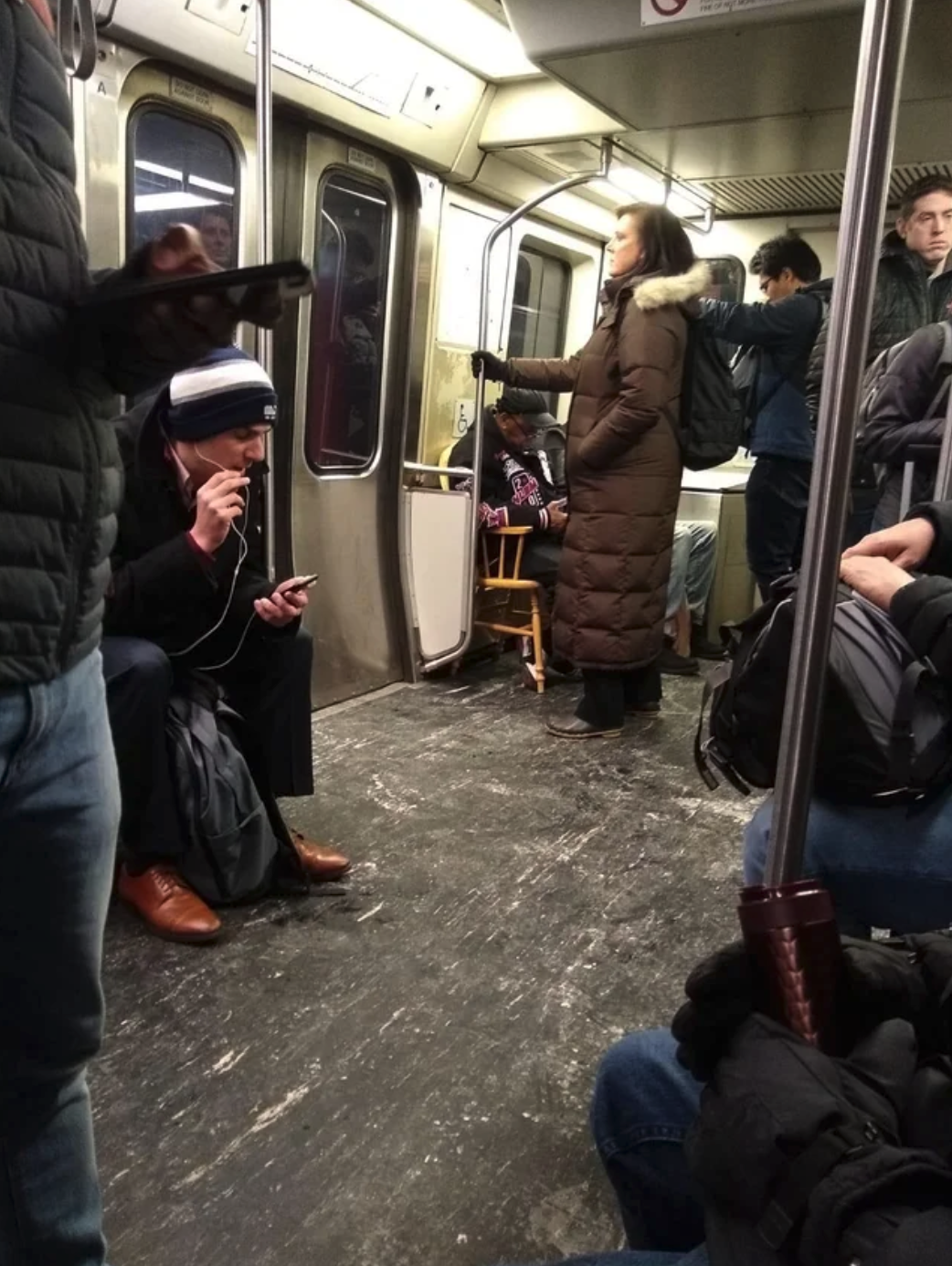 Another post that blossomed on the Boston subreddit came from u/3720-To-One. They asked what the strangest thing that had ever been seen on the MBTA was. And you just know there were some stellar answers that came from this.

User u/xFTWx told a story about a man who jumped from a moving train when he realized he was on the wrong line and the conductor said that they would not be stopping for him. User u/tamirabeth relayed a tale of a family that cooked a meal for the ride. But they also brought along their own dishes and utensils to eat the meal as a family on the train.

My favorite story came from u/JavierLoustaunau, who wrote verbatim, "I took a photo of a guy wearing a flight helmet, NASA jacket, and sitting on a folding chair at one end of the Orange Line like he was piloting a ship." That is a very cute image I have in my mind. Perhaps, the MBTA is not all bad.

WORCESTER—A Worcester woman was arrested on Monday on charges of robbery, assault, and trespassing in connection with an unarmed theft at a local nursing home, according to Worcester police...

Dustin Pedroia Reportedly Suffers Major Setback With Knee Injury. It appears the Red Sox player could be out for 2020 spring training due to rehab complications. [NECN] Coyote Killed By New Hampshire Father Has Tested Positive For Rabies...

MBTA Travelers Get Innovative, And Others Just Get Weird
Share this