BOSTON - A new report found that Massachusetts ranked as the 24th most generous state in America. Number one on the list was Minnesota. Upon hearing this, I, like many Bostonians, was dubious. But our economy is so strong and we have so many non-profits. How can that be? I decided to check the facts and see what the deal is.

Let's start on the positive side. Massachusetts ranks 3rd in the country for most charities per capita. As I said earlier, for the size of our population, we've got a whole lot of charities.

So where did we go wrong? 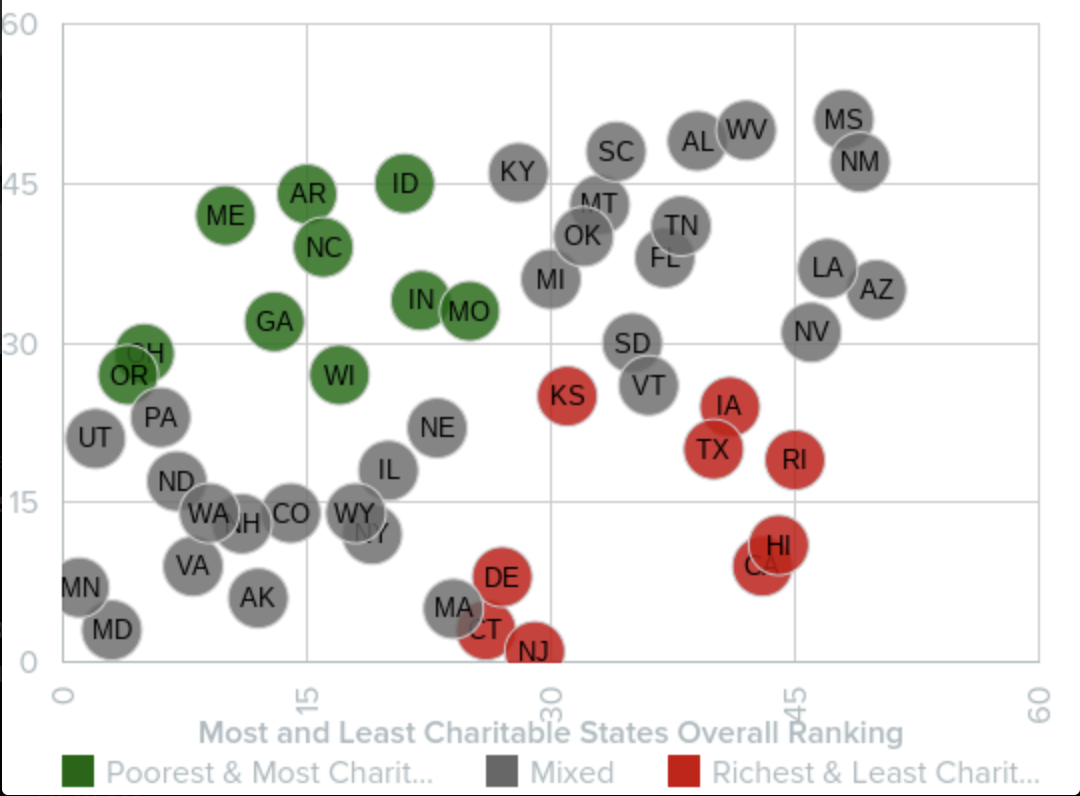 Simply put, we have loads of charities and loads of money, but proportianally speaking we are severely underperfoming.

It's worth noting that a lot of states who do well here are smaller ones, whose data can be skewed because of it. Meaning, we still have loads of charitable people, but Utah has a population of 3 million, whereas we have a population of nearly 7 million.

However, that's not an excuse. With our strong economy and highly educated population we should be much, much higher in these rankings. Here's an article with some cool campaigns that you can donate to today and start getting us up the list!

BOSTON - Where They Stand: Currently, the Bruins have one of the best records in the league, with the only close contender for the NHL’s best being the Washington Capitols...

BOSTON - I had a long journey driving from Philadelphia to Boston this past Sunday. What made it longer was a snowstorm that hit me about an hour into the drive. What made it far longer were all the mistakes made by fellow drivers along the road...

Massachusetts is America's 24th Most Charitable State
Share this