On Saturday night, Edelman was arrested by Beverly Hills police on a citation of misdemeanor vandalism when he jumped on the hood of a Mercedes in the evening, per NBC. The 33-year-old wide receiver was released by police after the fact, but he still has an April 13 date in the Airport Courthouse to attend, to atone for the damage he inflicted on the presumably-lavish car.

In a bit of unfortunate timing, Edelman also received the Ed Block Courage Award for the 2019 Patriots. They couldn't have announced that a day earlier?

It's certainly not what you want to see any NFL player doing, especially one who is on your team. But jumping on the hood of a car is a crime that is much tamer when compared against some of the heinous acts committed by other NFL athletes.

To make the story even more curious, however, Edelman was not alone during his evening in Beverly Hills. Before the arrest, Paul Pierce, the former Boston Celtics star, uploaded a photo to Instagram. In the picture, he poses with Edelman and former Patriots wide receiver Danny Amendola. 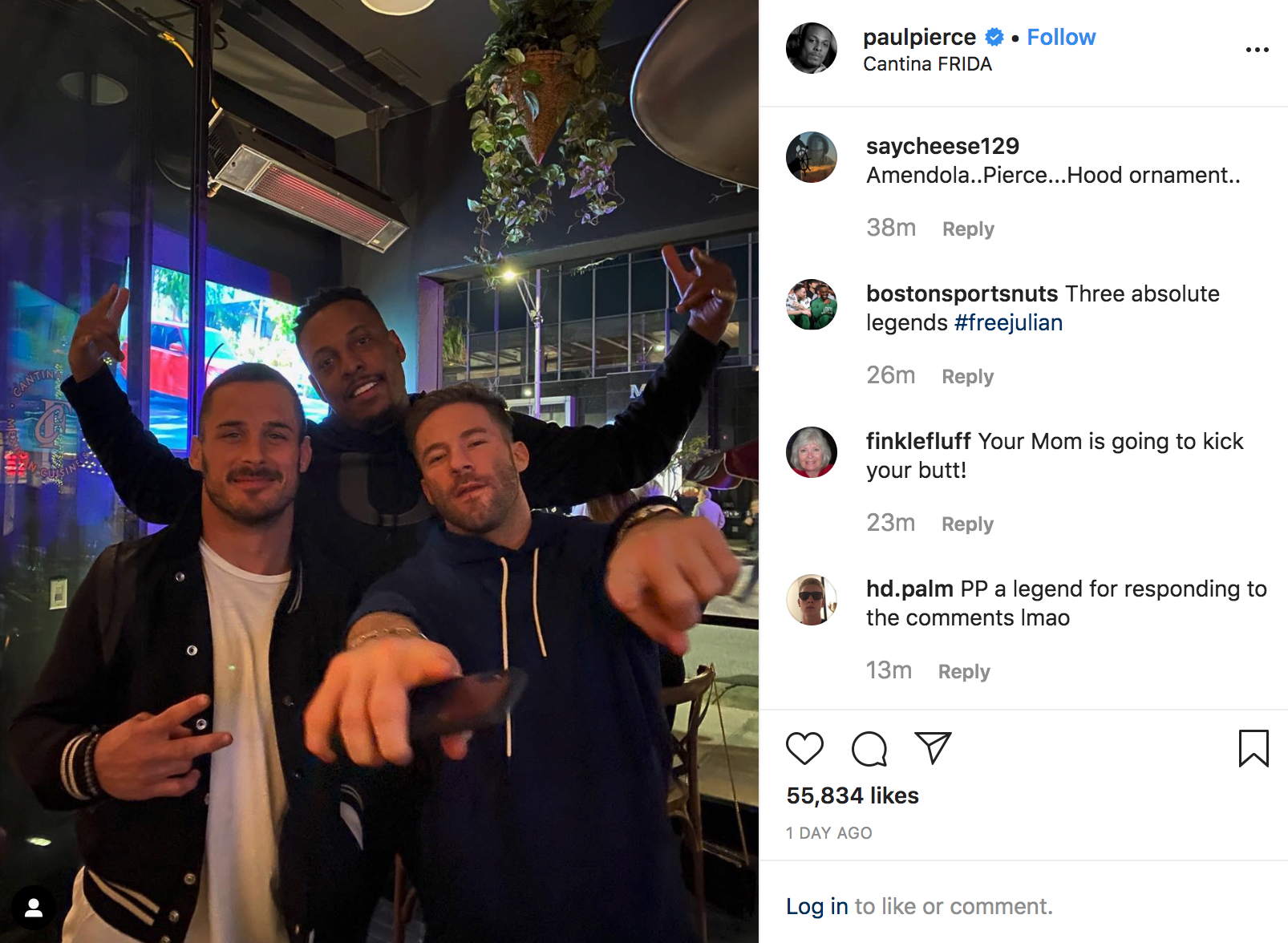 The caption reads, "Y'all know what it is #bostonshit #champs." It's true, Pierce, Edelman, and Amendola are all Boston champions. However, the photo has become a meme for being one taken moments before the arrest. Amendola commented on the photo, "It'll buff out," presumably referring to Edelman's leap onto the Mercedes hood.

This about sums up how the Patriots off-season has gone so far. A flurry of hot takes and complaints have permeated the Boston sports landscape. The rest of the NFL is handling it much more deftly so far. As for the teams that remain in contention for the Super Bowl, this weekend's Conference Championship games will feature the Tennessee Titans against the Kansas City Chiefs and the Green Bay Packers against the San Francisco 49ers. Hopefully, none of those players will be arrested for misdemeanor vandalism charges.

BOSTON - In 2019, there were a ton of movies that had strong connections to Boston and the state of Massachusetts overall. Our beloved Boston actor, Matt Damon, starred in Ford v. Ferrari...