BOSTON - Typically the news that a former local broadcaster or a former Boston Red Sox player had a new baby would not be a major headline. However, when it comes to this particular couple, Jenny Dell and Will Middlebrooks, there is a bit more of an investment on the part of Bostonians and local sports fans after following the couple's journey to get pregnant.

Dell, a sports reporter who hailed from UMass Amherst, ended up working for NESN in 2012 to cover the Red Sox for a few seasons. At the end of that season, she ended up dating then-Red Sox third baseman Will Middlebrooks, who played for Boston from 2012 to 2014. Middlebrooks bounced around the league for a few more years before he ended his professional tenure with the Texas Rangers in 2017. The couple got married in 2016, as shared by The Boston Globe.

Dell has since been open on social media about the lengths she and Middlebrooks have had to go to just to have their first child. 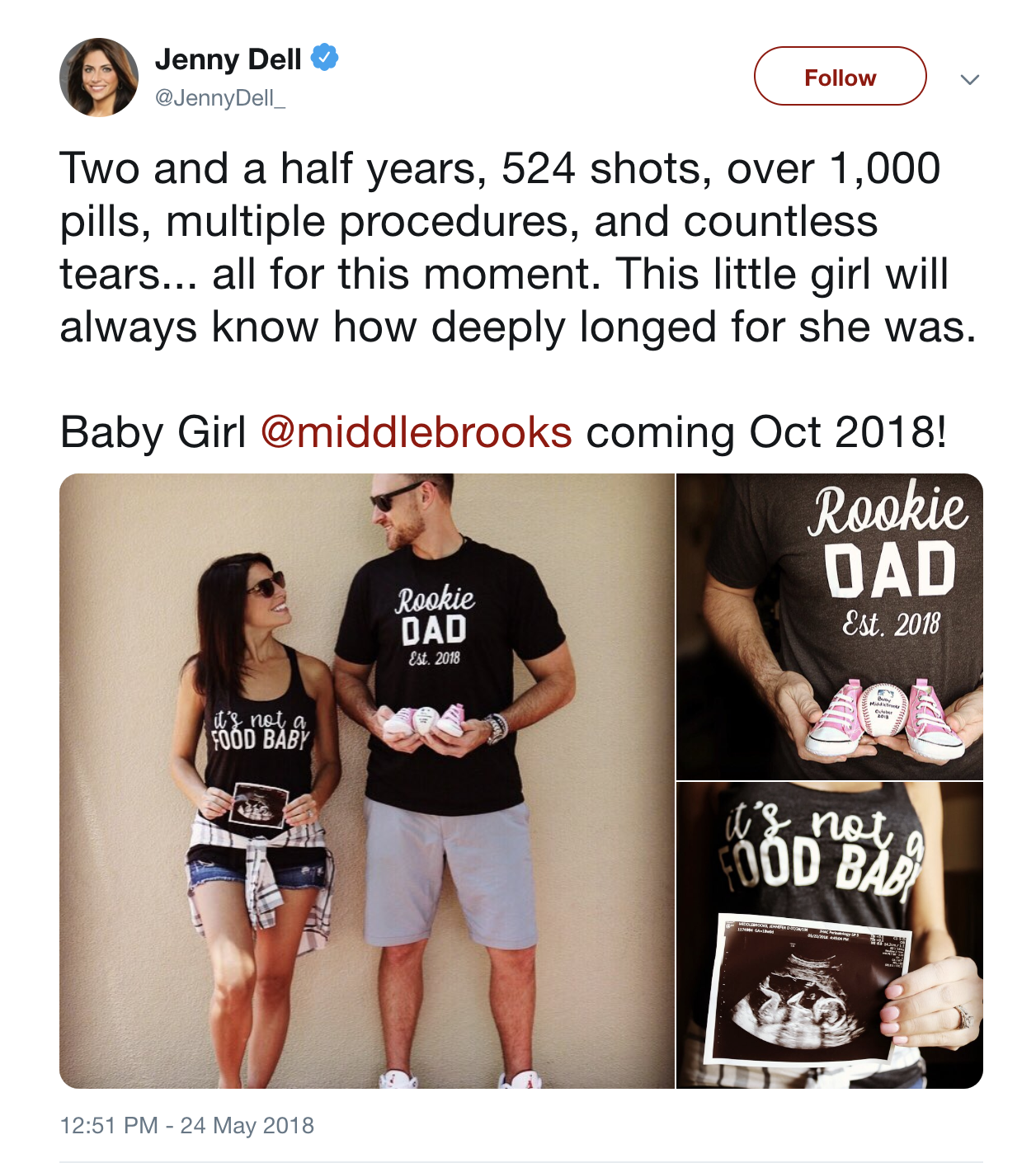 Dell helped reduce the stigma surrounding procedures that are needed sometimes for a woman to get pregnant. After two and a half years the couple welcomed their first child Madison. And in the last weekend of the new year, Dell and Middlebrooks shared the image of their second child on Instagram on Saturday. Makenzie Grey Middlebrooks is now a part of the world! 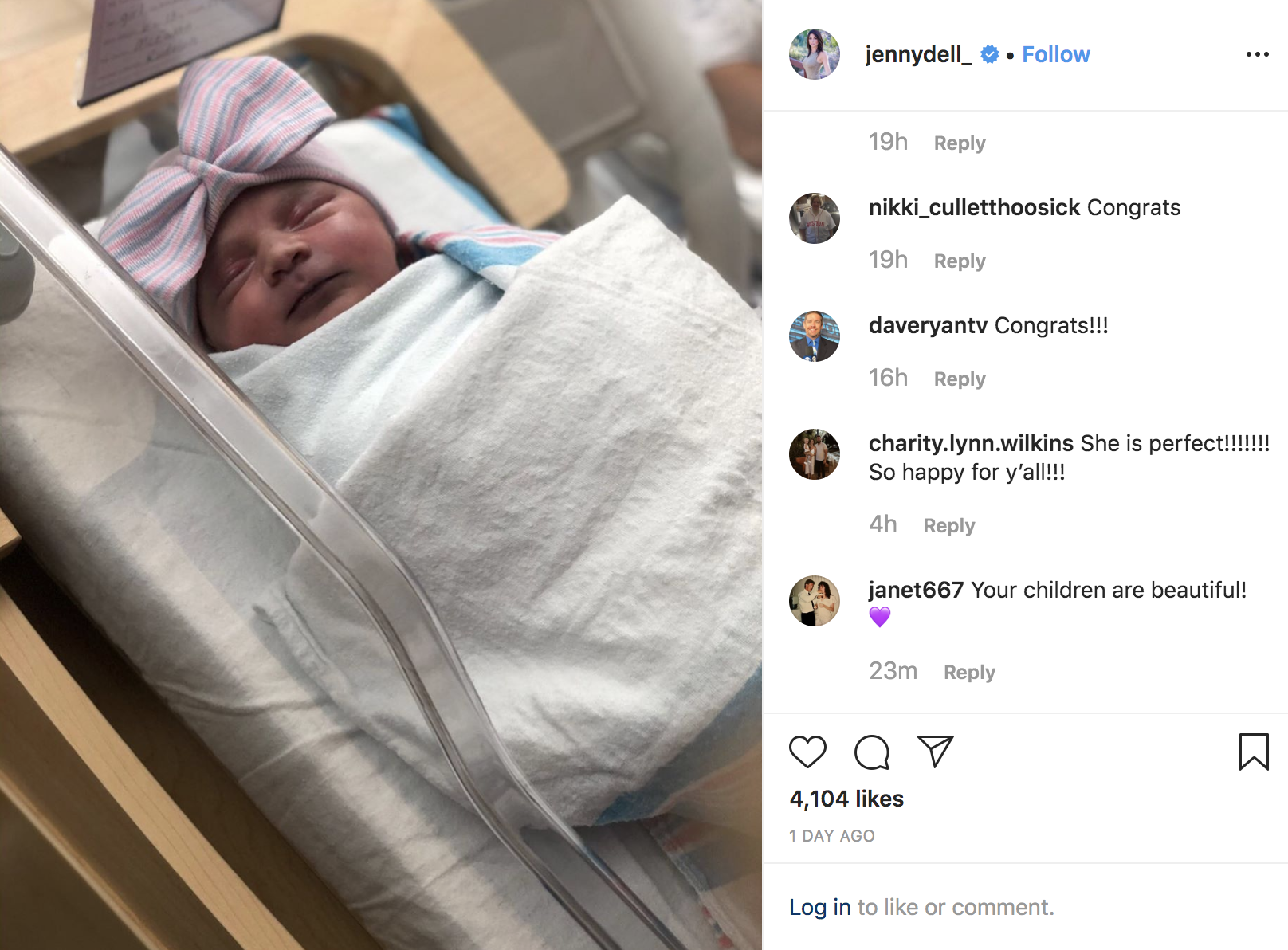 Middlebrooks is now an analyst and coach of baseball and Dell works for CBS Sports on the national stage. But many still have positive memories associated with the couple who became the "first couple" of the 2013 World Series championship team.

We will always have a soft spot for them because of that magical year. All congratulations are due to them on their new family, which has grown by one!

BOSTON - On Wednesday, it will be 2020. For many families, this holiday season has been about trying to avoid politics at the dinner table...

Jenny Dell, Will Middlebrooks Welcome Second Child After Struggling To Get Pregnant
Share this