BOSTON - In an off-season that has felt like a truck has run Red Sox fans over multiple times, it decided to back up onto us once again on Monday with the latest free-agent signing.

According to Adam McCalvy of MLB Network, Brock Holt, the utility free agent who played for the Red Sox from 2013 to 2019, has agreed to a contract with the Milwaukee Brewers. Holt is 31-years-old and had previously voiced his support for the city of Boston, even though his undertones suggested that his time was up.

This just sucks, you know. To let Brock Holt leave would be like letting Dustin Pedroia sign with a different team or trading Marcus Smart if you're the Celtics. Holt is not the flashiest player, but he's the kind of guy you win championships with. He is so important for the clubhouse and the chemistry. It must be demoralizing for the team when he leaves and, as Andrew Benintendi stated, there was never really a chance of him returning either.

If they weren't going to sign Mookie Betts, they could have, at least, paid for Brock Holt. The deal with Milwaukee is scant on details, at the moment, but he absolutely could have been brought back by the Red Sox. He is a fun-loving guy who always wants to give back to the community. He is hilarious and a great teammate. He could play any position, he hit .297 with 259 at-bats last year, and he was Boston's lone bright spot during a number of transition years. A 2015 All-Star, Holt also helped guide the Sox to a World Series title in 2018, becoming the first player in baseball history to hit for the cycle in the playoffs.

This just makes the team worse. I am so much less excited for Opening Day, between this, the disaster between Rob Manfred and the Astros, and the Betts/David Price trade. Bring on the NBA and NHL playoffs because the MLB is a tire fire right now. Congratulations to Milwaukee. They got one of the best. I love you forever, Brock Holt. 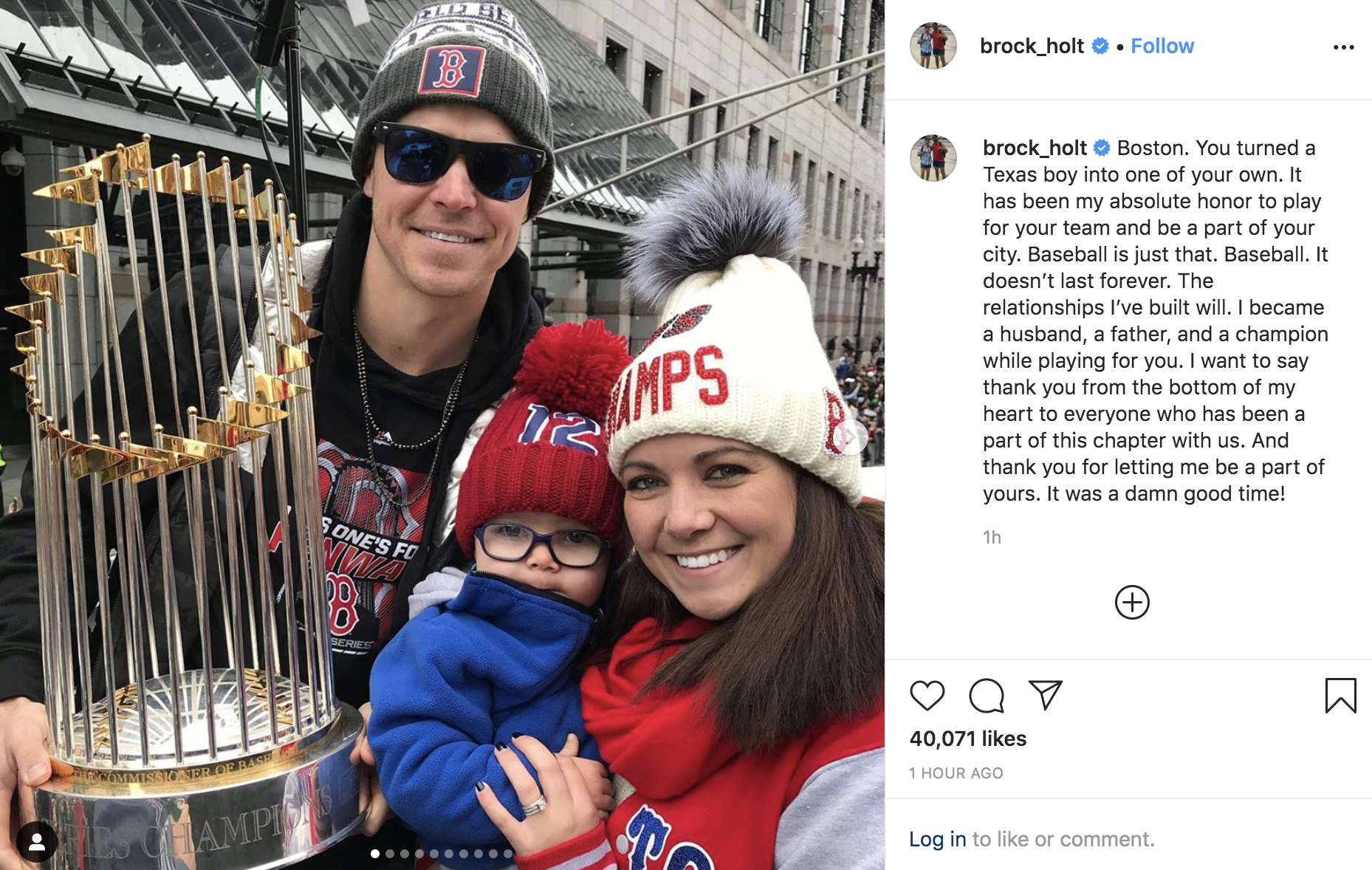 PLYMOUTH - Four hundred years ago, as the legend goes (though, it remains to be seen what we are actually celebrating when we celebrate the Pilgrims...

EASTHAM — When James “Whitey” Bulger was convicted in 2013 on 31 counts of racketeering and 11 counts of murder, it took the jury less than a week’s deliberation to find the figurehead guilty during a trial which lasted only two months...

Brock Holt Signs a Deal with the Brewers
Share this