In the world of trendy foods, popular items can burst onto the scene and then fade into obscurity within the span of one year. Remember when you discovered that ramen isn’t just cardboard noodles in a foam cup? Well, this hearty soup meal is having its second wind as one of the top culinary items in Boston. Asking people on street for ramen recommendations is sure to bring you a hundred different answers. From the modern, neon atmosphere of Hojoko in Fenway to the cozy, hole in the wall feel of Ganku Ittsetsu in Brookline, Boston’s top ramen noodles can be found with different ingredients and accompanied by vastly different backdrops.

Say goodbye to those yellow and white bricks that you devoured late at night in your dorm room, because we’ve rounded up the best ramen spots in Boston.

Located in the heart of Boston’s historic South End neighborhood, Santouka is a mecca for ramen enthusiasts. While the line to get in his rarely short, anyone will tell you the wait is well worth it. Their signature Shio Ramen bowl is a main attraction with a warm and inviting broth scattered with radish, pork, scallions, and pickled plum.

Photo Adapted from Ciarra B. via Yelp

If you want a dependable ramen selection in a central location, Wagamama in the Pru, Seaport and Quincy Market can’t be beat. While the ramen is fantastic, the menu extends across a number of signature pan-Asian dishes.

If you’re looking for a vibrant and trendy ramen spot to ease you into a night out, look no further than Hojoko. Hojoko is an Asian-fusion location with a twist. While the restaurant only has a couple ramen dishes on its menu (Funky Chicken Ramen, and Spicy Miso), it’s a great opportunity to pair your noodle bowl with one of their renowned sushi plates and appetizers.

With live music, stunning atmosphere and fantastic Ramen too, Hojoko has become a staple of the Fenway nightlife scene.

Chinatown has no shortage of fantastic Chinese and Japanese restaurants. The options can be paralyzing, but if you seek ramen in style, Shojo is your place. Stop in and have some of their famous barbecue ribs and prawns here with a nice warm cup of oolong or Thai tea.

Looking to venture to Porter Square? Sapporo Ramen offers an unassuming atmosphere that may just be enough to convince you that you have discovered a hidden gem. Their broth is renowned and often alone has the power to draw customers back for more. As one Yelp review said, “I’m a vegetarian but hey, I’ll make an exception for their beef broth.”

It might be a bit hard to find, nestled in the middle of an old-timey atrium in Coolidge Corner, but Brookline’s Ganko Ittetsu is certainly a hidden treasure. Offering six amazing ramen dishes on its menu, Ganku Ittetsu certainly knows what it’s good at.

Craving a ritzy night of ramen and fine Asian cuisine? Stop by Ken Ossinger’s Uni on Commonwealth Avenue. Guests are often amazed by the bamboo and “tattoo-influenced” wall decor, as well as its exciting menu featuring a number of dishes inspired by Asian street food. 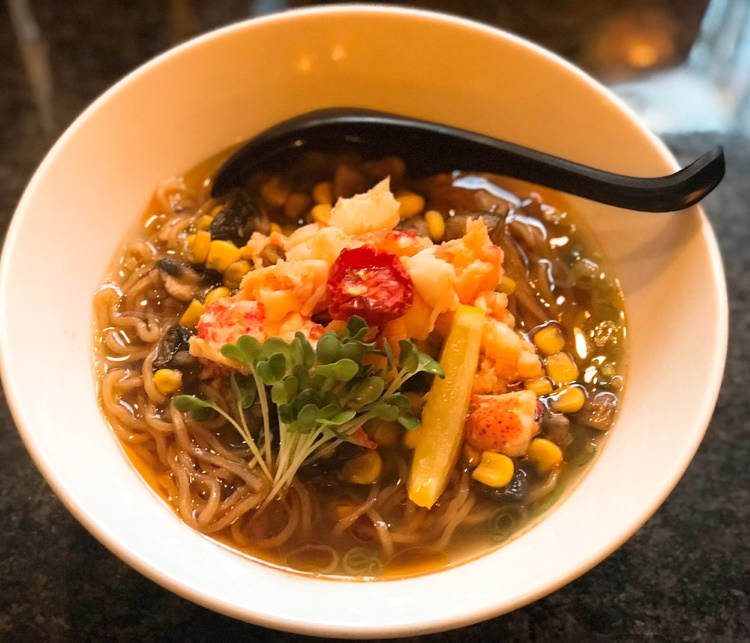 Sometimes the worst part about a restaurant can be the other people. Not to sound too much like a curmudgeon, but sometimes a place with only a handful of tables tucked off the beaten path has its appeal. That place is Oisa Ramen located right in downtown. A crowd pleaser is the Tonkotsu Ramen with pork belly and pickled ginger, but their Lobster Ramen could give even the best lobster roll in Boston a run for its money.

Brookline, MA– It may look like your kid's old Razor scooter, but make no mistake, these things can go fast. Bodily injury is a real risk, especially for first-time electric scooter riders...

Boston, MA– Art should be accessible for everyone, regardless of zip code, education, or age. The artist Henri de Toulouse-Lautrec (1864-1901) and the Museum of Fine Arts, Boston both embody the principle that art is for everyone...