BOSTON - If you were waiting in Boston for an MBTA bus over the past couple of days, then there might be a particular reason why you were forced to stand in the cold longer than you're accustomed to. Granted, the MBTA manages to make you wait plenty of time for a bus on an average day. But this delay could've been quite a bit longer than usual.

A viral image sent people who are familiar with the MBTA into laughing fits when a bus from the MBTA was spotted in Chicago traffic on Wednesday night. A Boston bus in the middle of Chicago? Do Illinois residents even know what the MBTA is?

Thanks to Reddit user u/PictureThis99, who was sitting in heavy traffic in Chicago while on a commute, the image of the MBTA bus, which was undoubtedly lost, was shared to all. It's a humorous sight that definitely makes it seem like a fish out of water. That MBTA bus is pretty far from home! 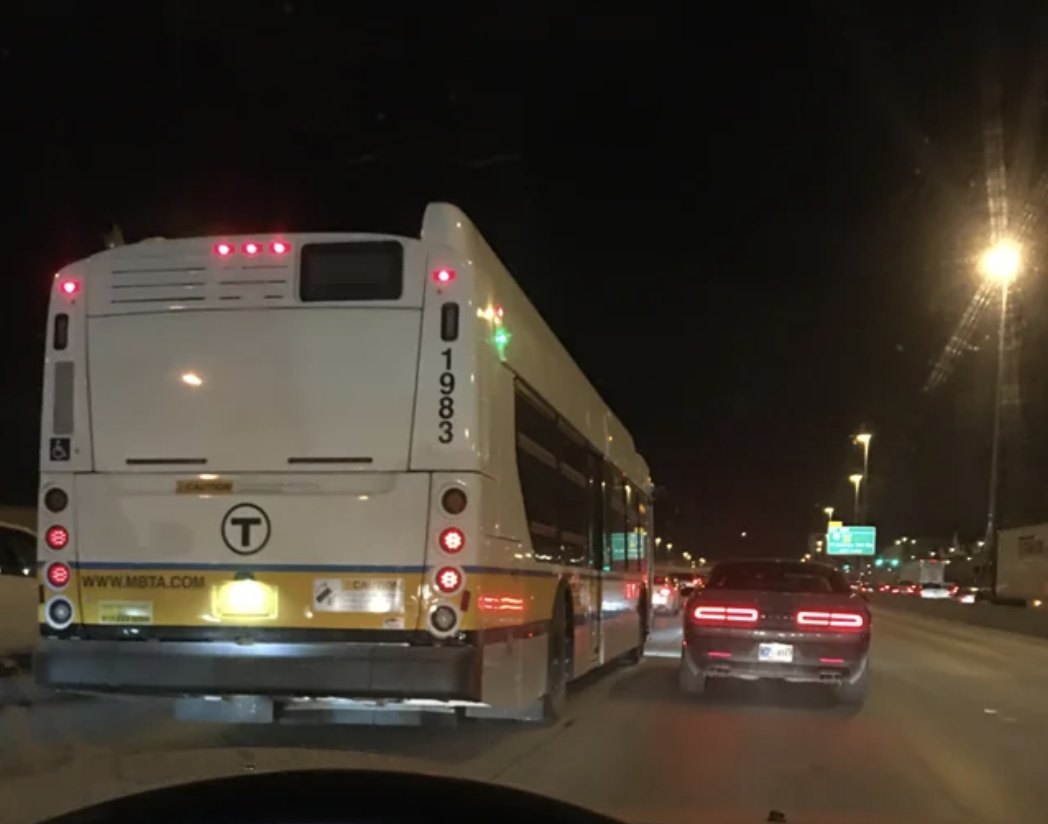 The image went viral immediately from the Boston subreddit. It garnered much popularity with many questioning how a bus from Boston managed to end up navigating the windy streets of Chi-Town. Boston.com writer Arianna MacNeill, who did extensive research on the matter, managed to find the answer.

The bus was not one that was repurposed and sent off to Chicago with a missing paint job. Instead, it was actually heading to Boston to be put into the rotation of public transit in the city. In Minnesota, 194 new buses were made by New Flyer, a manufacturing company that partnered with the MBTA, to service the city of Boston. They are a hybrid between diesel-run and electric-powered buses. The fleet is slated for release in September.

So if you happen to be in between Chicago and Boston over the course of the next nine months, be sure to keep your eyes peeled for an MBTA bus!

FOXBOROUGH - I mean, come on. Did you think the number one game on the Best of the Decade countdown would be anything different? It's not only the best Boston game of the decade, it's the best sports game of the decade overall...

BOSTON - Homeland security agents have tracked down a Guatemalan war criminal living under the radar in Waltham, Massachusetts...

An MBTA Sighting In Chicago Goes Viral
Share this