MIAMI - When the New England Patriots were eliminated by the Tennessee Titans in the 2020 NFL playoffs, it seemed like there wouldn't be much to care about for Bostonians when Super Bowl LIV eventually rolled around. As it turns out, though, the Patriots might have been the first team on everyone's mind. After the Kansas City Chiefs and the San Francisco 49ers, of course.

One of the big talking points of the game was the ads. We already knew that a number of Boston celebrities would be appearing in them, but a few cameos were surprising! To begin the game, the NFL had a commercial that celebrated the past 100 hundred years while looking ahead to the next 100 hundred. Jimmy Garoppolo and Julian Edelman both made cameos in the commercial, but they were certainly "blink and you'll miss it" appearances.

The commercial everyone has been talking about, however, was Tom Brady's Hulu spot. He said he had an important announcement to make and everyone around the world immediately held their breath. It was all a tease because Brady was just revealing himself to be a spokesperson for the Hulu streaming service. He finished the ad by saying, "But me? I'm not going anywhere." Does this mean he's simply not retiring? Does it mean he is staying in New England? No one knows! Probably not even Brady! And certainly not even Hulu. But it was a fun moment that makes me think he will stay because of his teasing tendencies.

While one of the major takeaways from the game was how fun the halftime show was from Shakira and Jennifer Lopez, there was an even bigger party the day before. That's right the Gronk Beach celebration in Miami was a raucous affair, but every detail of it was immediately forgotten when, somehow, Patriots coach Bill Belichick showed up to it. This goes against everything I know to be true. Bill must really love Gronk. I mean, just look at his outfit, courtesy of Charlotte Wilder on Twitter.

They say a picture is worth a thousand words, but Bill Belichick at Gronk’s beach party is at least 150k pic.twitter.com/CwNwkJbGO4

That is truly one of the best things to ever happen, but even better than this was the era-spanning reunion the Patriots dynasty had in an NFL 100 All-Time Team commemoration before the game. Brady was at the game (he always knows how to grab the spotlight) and ahead of it, he posed with quarterback legends like Peyton Manning, Joe Montana, and Dan Marino.

But the best photo spot was this, an image that showed Brady reunited with Adam Vinatieri, the kicker from the dynasty's first third, Randy Moss, the main receiver from the second act of the dynasty, and Gronk, the tight end from the third act. And of course, Belichick and Brady are there, as they are in the midst of the fourth act. It was an awesome photo to see! 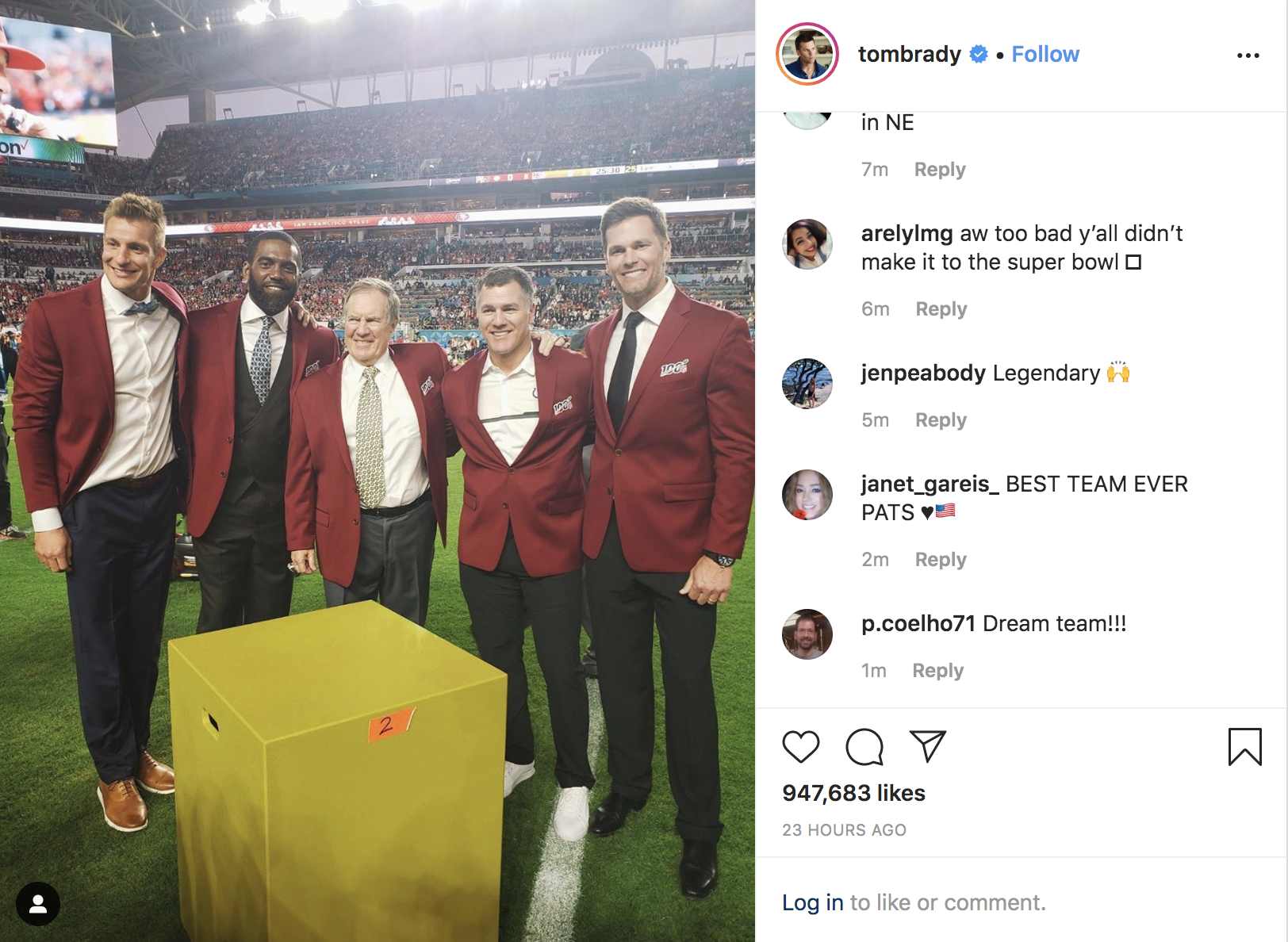 With all of this hullabaloo, it can be easy to forget that there was actually a football game going on. The Chiefs ended up winning the Super Bowl! It was the first-ever championship for longtime coach Andy Reid and for the young quarterback, Patrick Mahomes. Mahomes was named MVP for his efforts, which saw the Chiefs come back from a big deficit to eventually win, 31-20. Jimmy Garoppolo, our beloved buddy, went 20-31 for 219 yards and a touchdown in the game, but it was not enough.

Congratulations to the Chiefs and all their fans! Let's run it back!

BOSTON - The Academy Awards are set to air this Sunday and it has sent the entire New England community into a frenzy trying to figure out which stars from Boston will fare the best over the weekend...

BOSTON - Strega, it’s synonymous with the North End for all the wrong reasons. It’s the sort of restaurant that has no reservations about marketing itself in terms of exclusivity, excess and pure, unadulterated ego...