BOSTON - When No Time to Die, the final film in the Daniel-Craig era of the 007 film series, was delayed from an April release to a November release last week, I thought it was a bit of a premature decision. Now, it has become abundantly clear that not only was it a fortuitous decision, but it was also the right one. Public gatherings are being discouraged and part of that is the suspension of movie theater events.

No Time to Die is not the only film that has been delayed. The sequel to Peter Rabbit was also pushed back from an Easter release all the way to August. The ninth installment in the Fast and Furious saga was confirmed to be delayed by an entire year, in quite the surprising development. And that’s only the tip of the iceberg. The world is rocked right now and it’s not going to ease up. Expect many more movies to be postponed in the wake of the coronavirus outbreak. Also, expect the film industry to be the least of our concerns at that time.

Still, though, it is worth noting that one of our beloved Massachusetts actors is seeing his latest directorial effort delayed by an indeterminate amount of time. A Quiet Place: Part II was slated for release next weekend, on March 20, but in the wake of the coronavirus, John Krasinski announced that the film’s release would come at a different time.

Krasinski stars in the film and he also wrote and directed it. It was expected to be a major horror smash hit at the box office next weekend, but now, the barren wasteland continues to look even direr. Krasinski made the call on Instagram, claiming that he wants the fans of the franchise to enjoy the film together and without fear. The delay is the right choice, but it is also a hopeful choice. 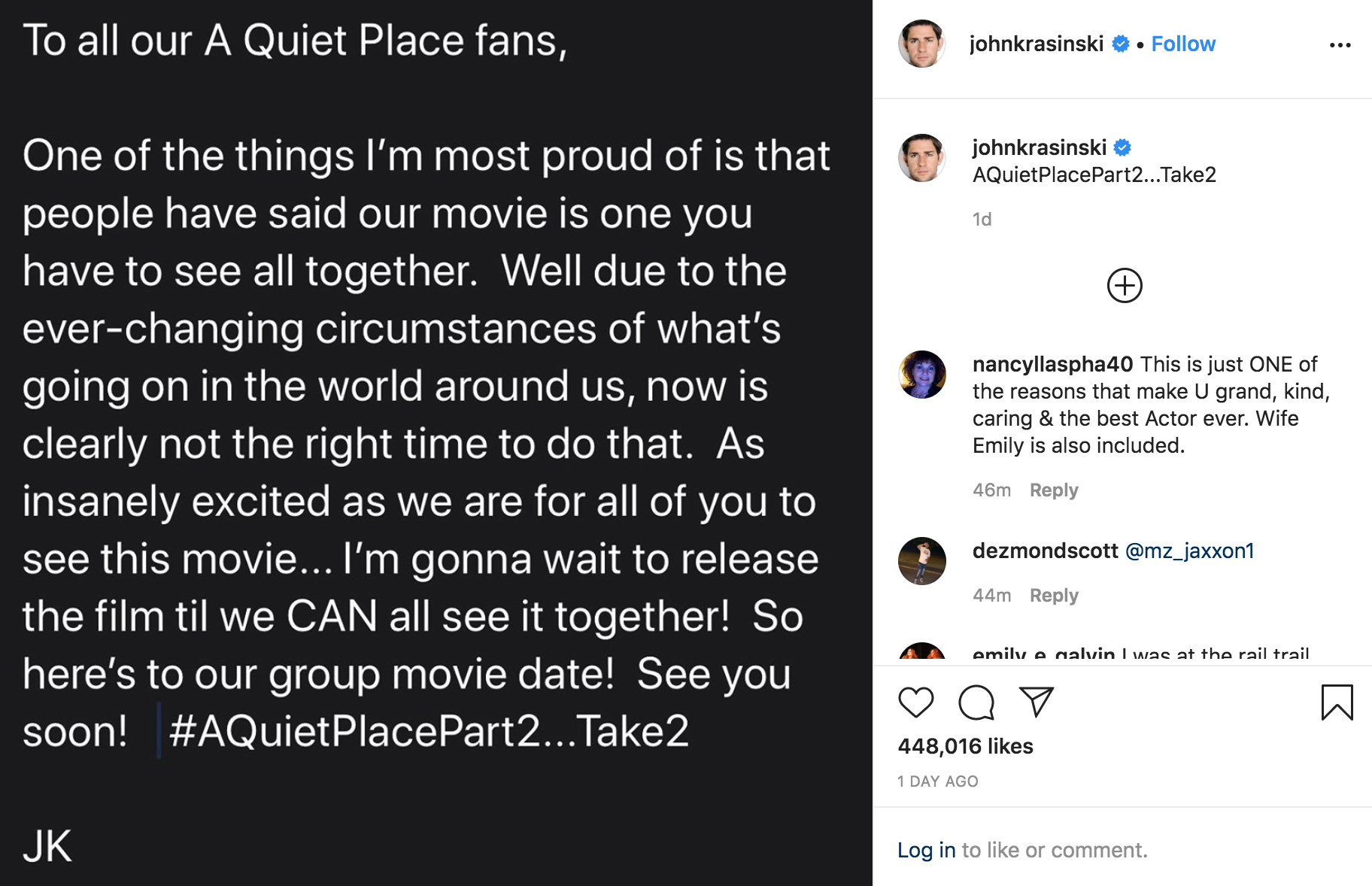 The move was also confirmed by Paramount Pictures, which announced, “We believe in and support the theatrical experience, and we look forward to bringing this film to audiences this year once we have a better understanding of the impact of this pandemic on the global theatrical marketplace.”

No release date is currently scheduled for the horror sequel, but they will surely not be eating this Krasinski picture. It will come out soon. In the meantime, stay safe and wash your hands and continue to speculate about how the sequel will fare!

BOSTON - It is a pretty weird time to be a sportswriter what with all of the national sports teams suspending their seasons...

BOSTON - Well, it's been five weeks! As such we now arrive at the end of the countdown. Here are the two greatest Boston movies ever made. 2...